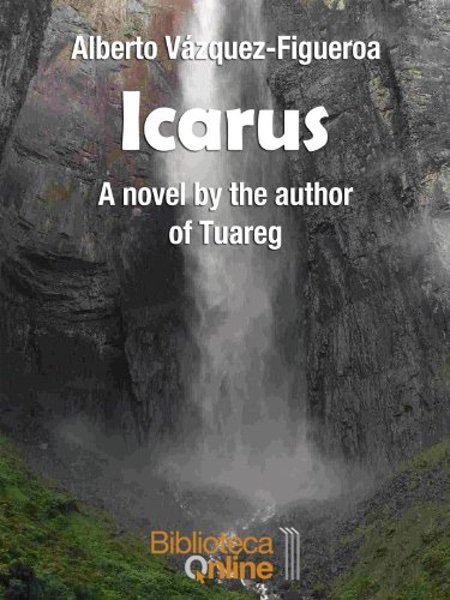 A story packed with action and adventure, yet mercifully free of car chases, angry policemen, murderous mercenaries and gun fights – indeed no gun or knife is drawn in anger from one end of the book to the other. Trust Spain’s top-selling novelist, Vázquez-Figueroa, to pull this off now that he is at the peak of his powers.

For this epic, he has chosen the life and times of Jimmie Angel, an American pioneer airman who lived through the early days of aviation with passionate intensity as an intrepid pilot, becoming involved in just about every impossible venture on offer in those heady days in the first half of the twentieth century – distant wars, stunts for air shows and films, missions for oil companies, pioneering aviation in China – and crowning his achievements with the discovery of the highest waterfall in the world: Angel Falls in the Venezuelan jungle. The story centers on his adventures as a hired pilot in the Guiana Highlands – the most mysterious comer of the Americas, lying between Venezuela and Brazil. This extraordinary setting features the striking, age-old tabular mountains called tepuis – flat-topped massifs that tower oddly above assorted stretches of jungle and plain, in a remote region that was entirely unknown then, and that remains largely unknown even today.

At the top of a particularly imposing tepui, a Scottish gold-seeker, John McCraken, had found gold and diamonds aplenty after spending most of his life wandering in the jungles of South America. Wishing to return there as an old man, and no longer able for long treks through such remote territory, he employs the services of a pilot reputed to be the most daring of them all, Jimmie Angel, the idea being to fly straight to “his” tepui and land on it – at a time when airdromes were few and far between, and when obtaining fuel supplies was always a problem.

The adventures of McCraken and Angel as they strike out into the unknown form a gripping story, with vivid portraits of astonishing landscapes and colorful individuals and peoples, and cameo recollections of adventures with such figures as Lawrence of Arabia and Howard Hughes. As we have come to expect from this author, in the end the small group of central characters emerge as the essential substance of the work: powerfully drawn, they grow in themselves and in our minds as they face up to each new day and the unknown trials it inevitably brings. A story well told, characters well drawn, and a spectacular setting vividly captured. Yet Vázquez-Figueroa does not stop there: he also manages to convey the excitement of a virgin world where nothing can be taken for granted, where success or failure depend solely on the human qualities of the protagonists, and where everything still remains to be conquered with whatever help the new-born technology of the time can contribute.